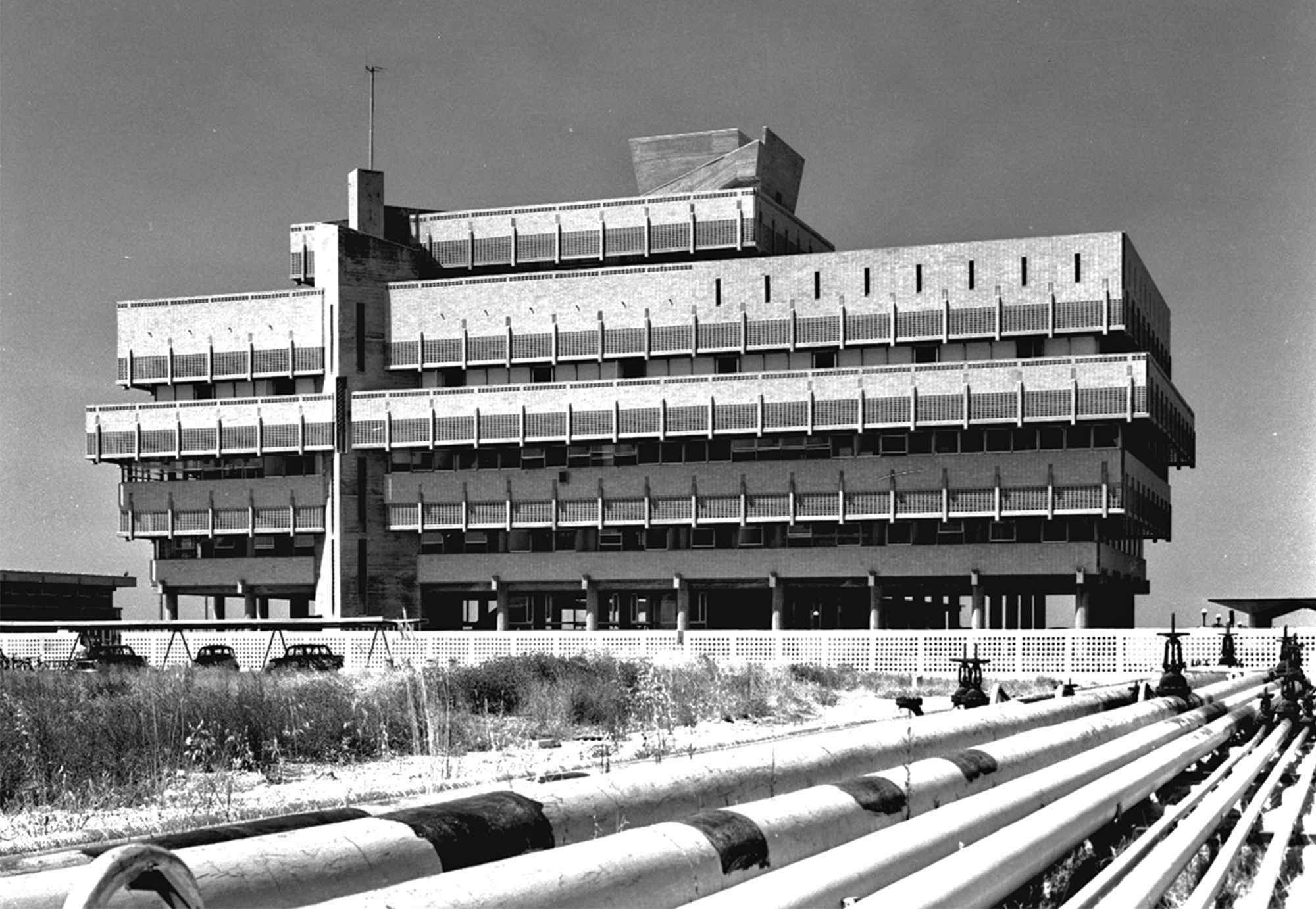 The plant oil company Montecatini in Brindisi was the most important petrochemical complex in Italy and one of the largest in Europe for its breadth and potential. It consists of twenty-nine plants with an annual production of 700,000 tons of petroleum. The energy is supplied by a thermal power plant planned for an annual consumption of 1 billion kWh.
In addition to the dock channel, the basin of fresh water, the pumping station, the car park and the power plant the main buildings consist of: housing available personnel, guesthouse, executive villas, management offices, laboratories, manpower, main lodge, reception and forwarding, warehouses and workshops, concierge internal and canteen.
The main lodge is a portico formed by 12 square umbrellas in reinforced concrete with thin squared roofs 12m side.
The Executive offices are housed in a building with four floors, module 120cm, in r.c. Lining and grids clinker pearl white, aluminum windows, air conditioning, two lifts and hoists, pneumatic tube connected with the production departments and service. Section pagoda is derived from two principles: the different depths of the rooms necessary to the three functions (administrative 4 modules, technical 5 modules and directive 4 modules) and the need to protect the glazed curtainwall from solar radiation. Internal subdivisions were created by movable walls and cabinets-wall between offices and corridors.
The Laboratories are a complex consisting of a comb-shape two story building for executive offices and the technical library, three bodies perpendicular to this intended for control laboratories, a building for changing rooms and garage services and two buildings with sheds for application tests. Built according to a module of 120cm in reinforced concrete and steel; roofing with ventilated cavity; external walls in aluminum panels and Glasal.
The canteen is hosted in a building of triangular form of 120cm side, consists of three arms that are generated from a hex core where the kitchen is. Each arm accommodates 700 people for a total of 2,100 people. The cafeteria is organized in self-service. To avoid crossings the staff streams from 13 stairs in the basement that feed each two lines of distribution. This distribution enables to serve 2,100 meals in 12 minutes. Tables are fixed, circular and each for six diners. Two large arcades are provided to bars and after meals. 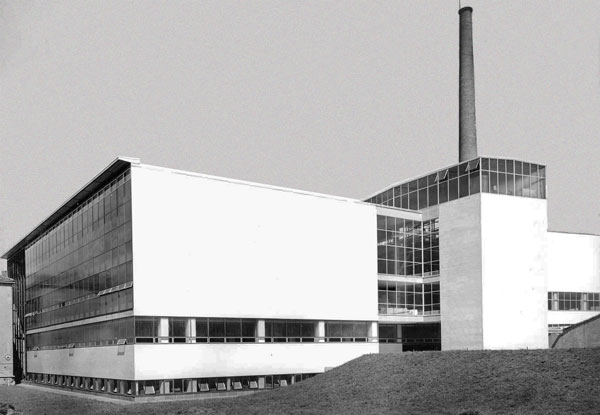 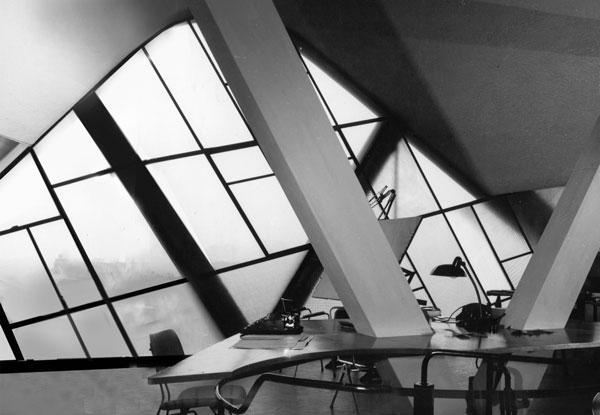 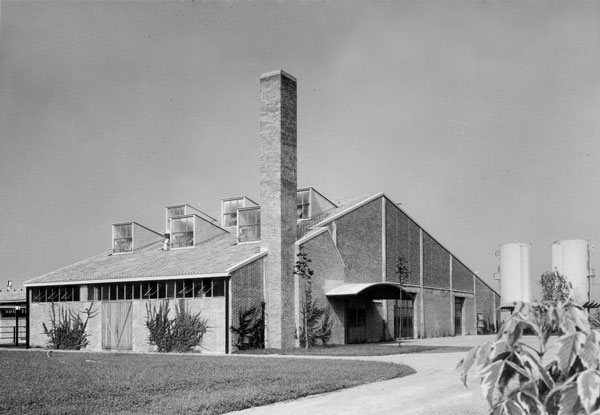 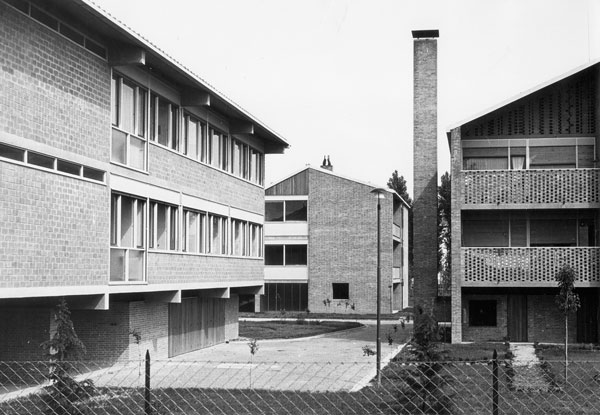 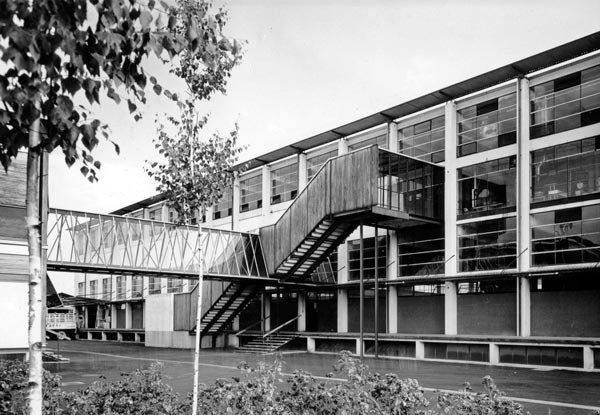 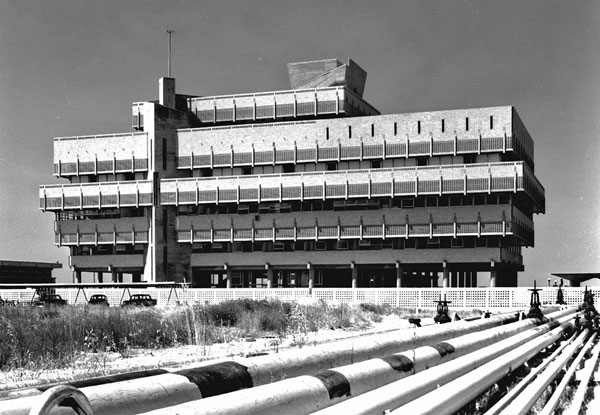 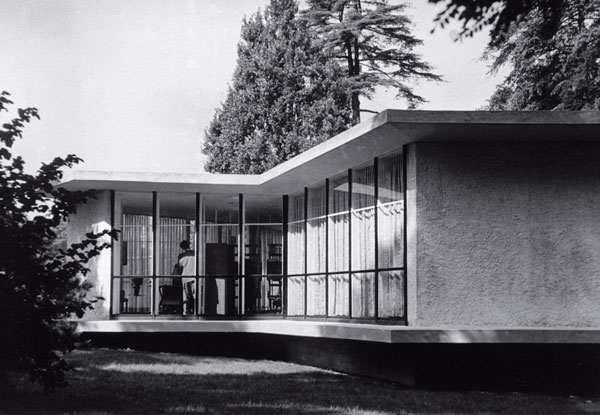 Expositions in Fifties and Sixties
More
+ 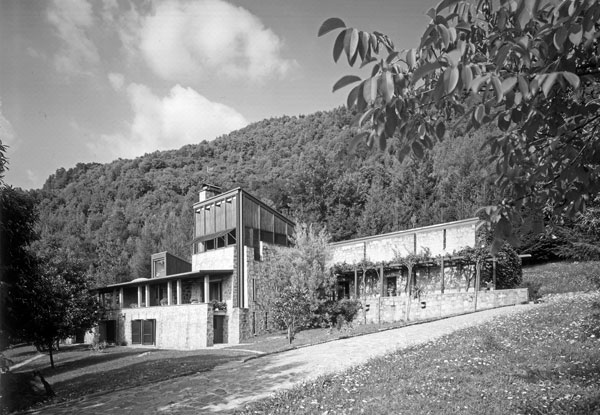 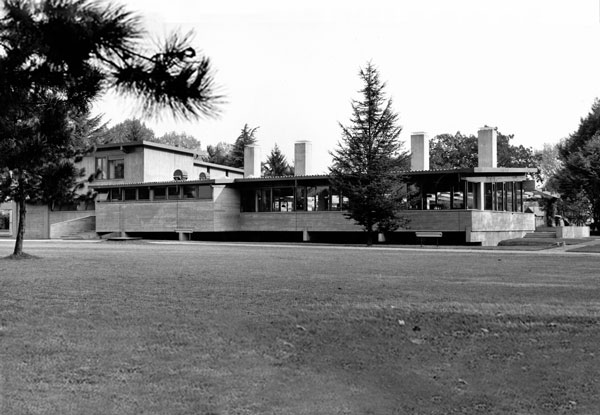 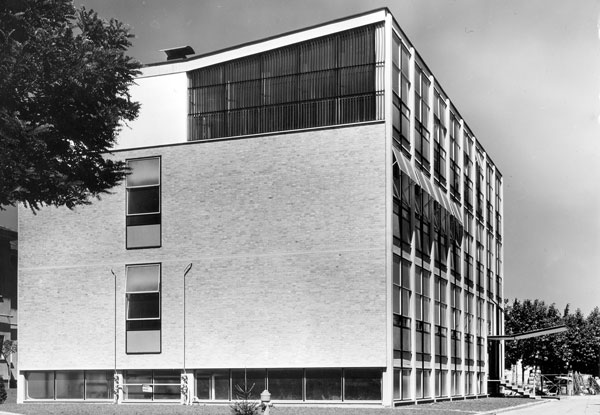 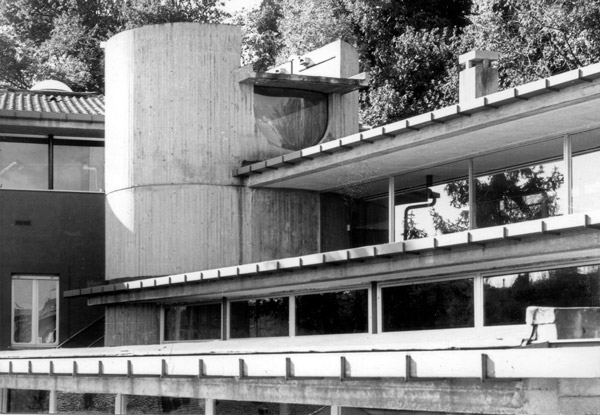 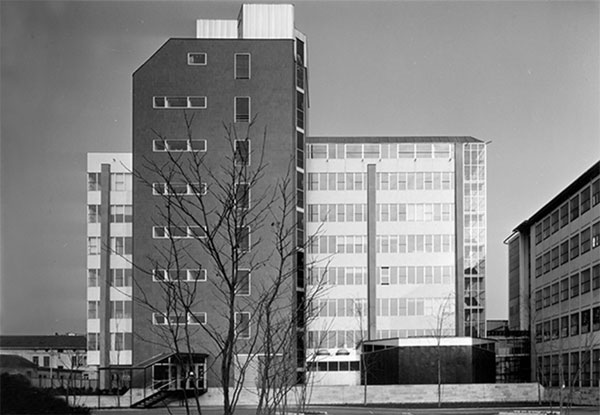 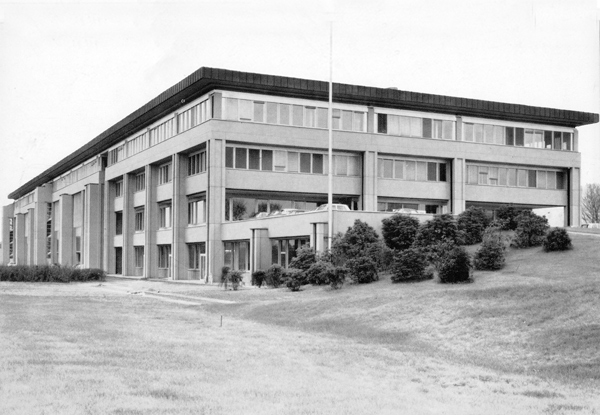 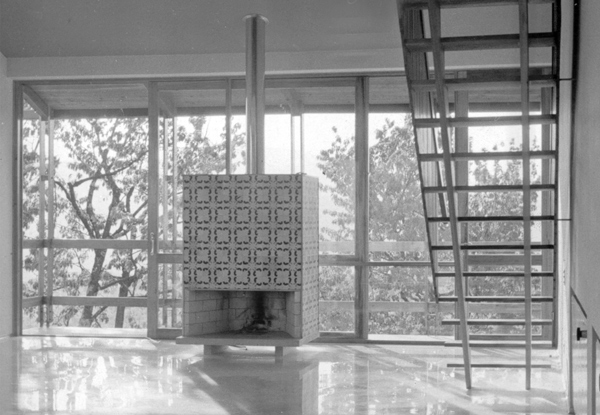 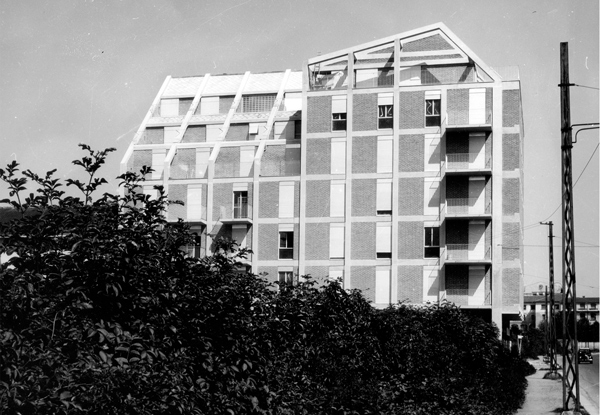 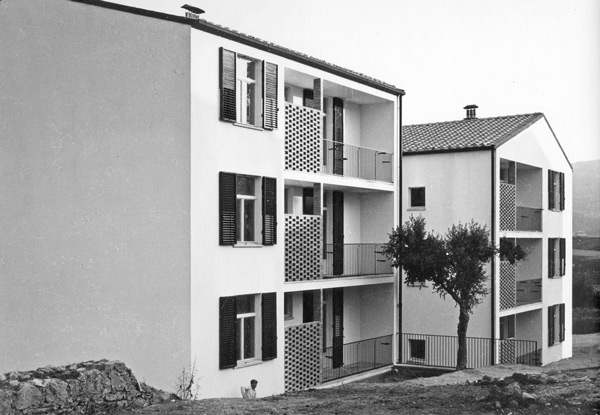 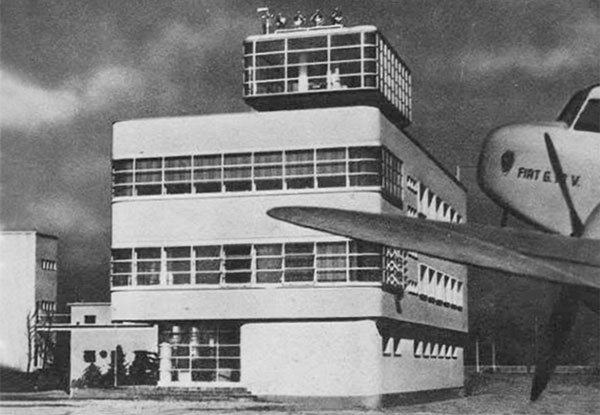